Ric is a Lighting Designer working mainly in theatre and opera, lighting shows in the West End, on tour in the UK and internationally, and site-specific commissions. This year he also opened his first show on Broadway.

His work has been seen at the Singapore International Arts Festival; in Seattle, Dubai, Bahrain and Doha; Hong Kong, Guangzhou and Beijing, and most significantly in London and New York City.

He worked for 10 years for English National Opera, including as Lead Console Programmer, and in the past for Birmingham Royal Ballet. 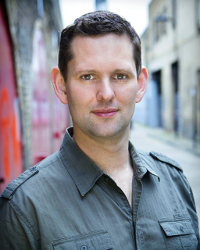